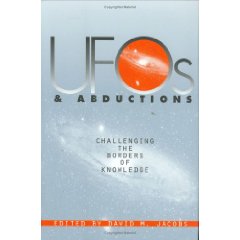 In UFO phenomena there are many mysterious elements that challenge from many years the attempt of the ufologists to make them clear. We think that the only way to try to make clear some of these mysterious elements is to make a conceptual ufology. But the making of a conceptual ufology is a very difficult thing because many ufologists prefer to limit their efforts in the construction of the descriptive ufology.

Many individuals who have had a close encounter with UFOs and their alien beings are understandably convinced of the mysterious elements in their experience. What is even more noteworthy is that those who have not had this experience often write about it a similar vein. The aura of mystery in which these encounter are expressed and relayed to the general public is astounding. This sense of mystery is enhanced by the nature of the flying saucers themselves, which travel at enormous speeds and are extremely elusive.

The UFO phenomenon today presents many elements that are considered a real nightmare (for example  the stories of abductions leave a lot of questions about the aliens’ methods and the aliens’ intentions. We must write that the stories of abductions are one of the more strong proofs that the beings who drive the flying saucers are not angels as the contactees will say).

The presence of the UFOs in our skies can not be interpreted as the contactees would, because some elements of the UFO phenomena shine with a worrying light what the human race can not forget as the contactees make often because they want to affirm that the aliens are friends of the human kind. The sense of mystery present in the UFO phenomena is often highligthed by the connnection made between UFOs and the psychic and magic phenomena. Beings who drive the UFOs have the ability to use clairvoyance and telephaty to deliver their instructions and their messages. Besides many authors say that often the victims of the abductions after those traumatic experiences receive paranormal powers. Or they may use trance conditions similar to those of spiritualist mediums and New Age channelers. No wonder UFOs encounters become occurrences that are quite beyond human race making them amenable to all kinds of bizarre.

We believe that the persistence of many mysterious elements in UFO phenomena depends from trascendence often attributed to aliens by contacteers and their believers. They believe that the beings who drive the flying saucers to come on our planet to help the human race and to favourite the spiritual evolution of the human kind. But the ideas of the contacteers and their believers can not help the ufologists to resolve the UFOs mystery because the contacteers have not ability to make a critical reading and critical interpretation of the messages of the beings who drive the flying saucers. We think that to resolve some of the mysterious elements of the UFO phenomena must leave the ideas that the only way to explain to UFO phenomena is the E.T.H. (the credence that all the UFOs are driving by aliens). We believe that to make clear some mysterious elements of UFO phenomena it is necessary to give more importance to metaphysical theory of the origin of UFOs.

Another important affirmation of the metaphysical theory is the belief that UFOs are apocalyptic signs. Some writers think that UFOs are the heavenly signs that the second coming of Christ is near with its consequent judgment. For these writers the coming of UFOs is an indication that the decisive great battle of Armageddon is not far away.

We believe that to explain the UFO mystery needs take in consideration another theory: the paraphysical theory. The principal affirmation of this theory is the belief that the beings who drive the flying saucers are not real aliens but they come from parallel universes that are situated in another zone of the electromagnetic spectrum. These inhabitants of these parallel universes simulate to be aliens because don’t want that the human race knows the existence of parallel universes, because the people who lives in these zones of the electomagnetic spectrum could give problems to these beings.

Probably these beings who live in the parallel universes are not neither good nor evil but probably they must come in our universe for some reason that we cannot know in this moment of our history. Some writers that consider real this theory think that the events that occur in our universe can have consequences on life and history of the people who live in the parallel universes and for this reason the inhabitants of this zone of the electromagnetic spectrum must come in our universe to oversee our actions. The E.T.H. (extra-terrestrial hypothesis) can explain only one part of the UFOs mystery and if we try to use only E.T.H. to explain to UFO phenomena we can only arrive in a way without exit.

We want to finish this work putting in evidence the important fact that the E.T.H., even if can’t be entirely left, can not explain all the UFO phenomena, because this theory presents very important weak points. We think that the principal weak points of the E.T.H. are three: the likeness between some elements of UFO phenomena with paranormal phenomena, the immaterial elements of the UFO phenomena and the fact that in the many abductions are present many likeness with demonic possessions.